Posted on July 21, 2015
Hello!
I am trying! Even if I have totally busy schedule, I am trying write another post!
Sth about Ireland, I mean about nature, nice places like : Cliffs of Moher, Trim Castle, Powerscourt Wtaerfall and Howth during Prawn Festival 🙂
It will be a little bit of information about all of them and some pictures.

I hope you will enjoy that! 🙂

Cliffs of Moher
The Cliffs of Moher are Ireland’s the most visited natural attraction.
They stretch for 8km (5miles), as the crow flies, along the Atlantic coast of County Clare in the west of Ireland and reach 214m (702 feet) at their highest point at Knockardakin just north of O’Brien’s Tower. Here you can have a world class one in a million visitor experience.
At the southern end of the Cliffs of Moher stands Hags Head a natural rocky promontory that resembles a seated woman when viewed from the north. In the ancient Gaelic language, the word Mothar means “ruined fort” and a 1st century BC fort stood where Moher tower now stands. Therefore the Cliffs of Moher means the cliffs of the ruined fort and although there is no trace remaining of this two thousand year old fort it has given name to the cliffs which are visited annually by almost one million visitors.
The Cliffs of Moher Visitor Experience is located almost midway along these spectacular cliffs and the site is home to an environmentally friendly visitor centre set into the hillside, O’Brien’s Tower – a 19th century viewing tower, and 800 metres of protected cliff side pathways, viewing areas and steps.
information : http://www.cliffsofmoher.ie/

I went there with my fiends in the middle of April and honestly we were totally worried about weather because normally, there is totally windy and usually rainy. And.. that’s not good weather for seeing things like this. But! When we came there we saw only sun! I couldn’t be more happy than this time 😀 Because of nice wether we make a lot of amazing pictures and we tried see as much as we can, but after 4 hours there we saw just half of all of that amazing thing. 🙂
If you are in Ireland you HAVE TO GO see Cliffs of Moher. Its not so difficult to go there. If you don’t have car, and you are worried about traveling alone by bus/train, some company have trips to that place :
http://www.cliffsofmohertours.ie/
http://www.paddywagontours.com/CLIFFS-OF-MOHER-Day-Tour-From-DUBLIN.

Whatever way you like your prawns – barbecued, whole, shelled, fried, skewered, marinated, sauced – Howth’s many award winning restaurants will serve your favourite prawn dishes in bite sized portions at the food village of this year’s Dublin Bay Prawn Festival, in addition to a variety of other miniature dishes.
information: http://dublinbayprawnfestival.ie/

To Howth I came with my boyfriend and his brother. It was great time for me – I love prawns, but guys .. They prayed about going home. Finally even them found really good traditional fish&chips. I have to say that all of that was totally great. Was so many people from other countries and a lot of great food, attractions and things to buy.  If you love seafood, lunpark and Howth – You need to come next time!:) 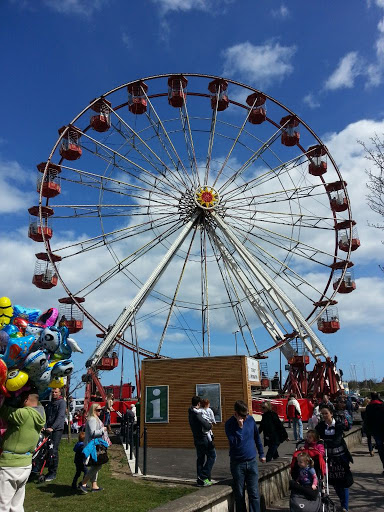 Powerscourt Waterfall
Powerscourt Waterfall is Ireland’s highest at 121m (398ft.) and is 5km from the Main Estate. It is set in one of Ireland’s most beautiful parkland at the foothills of the Wicklow Mountains. As you drive from the gate lodge towards the Waterfall you are surrounded by Beech, Oak, Larch and Pine trees some of which were planted over 200 years ago. The Waterfall is an ideal location for summer picnics and barbecues. There is a vast amount of space to keep children entertained. There is also a playground for younger children.
information: http://powerscourt.com/waterfall
We went there for small trip, if you don’t want to sitting at home and you don’t have all day for that – go there.
You can spend time in really good place,where you can buy small snacks and coffee and just relax. Great idea! 🙂
Below pictures, but.. it’s more about me&Kamil, not about waterfall 😀

Trim Castle, the largest Anglo-Norman castle in Ireland, was constructed over a thirty-year period by Hugh de Lacy and his son Walter. Hugh de Lacy was granted the Liberty of Meath by King Henry II in 1172 in an attempt to curb the expansionist policies of Richard de Clare, (Strongbow). Construction of the massive three storied Keep, the central stronghold of the castle, was begun c. 1176 on the site of an earlier wooden fortress. This massive twenty-sided tower, which is cruciform in shape, was protected by a ditch, curtain wall and moat.

We went there because of the movie: Braveheart. We wanted see how it looks like. And? Was great. The weather was amazing, so again we could make a lot of nice pics. But castle? Honestly i was expecting sth bigger. But even that small disappointment, i really enjoyed time there. That’s good idea for young couple or family with kids. Next to the Castle you can find farm with animals like: horses, donkeys or ruins of the Church. Good for kids, and someone who is interested by history of Ireland 🙂

It’s all about my small Ireland.
I hope that you enjoyed all of that, and it wasn’t too much 😀
See you after my holidays.
Barcelona -it’s tomorrow! 🙂
other lifestyle travel
1 Comments
By Eff 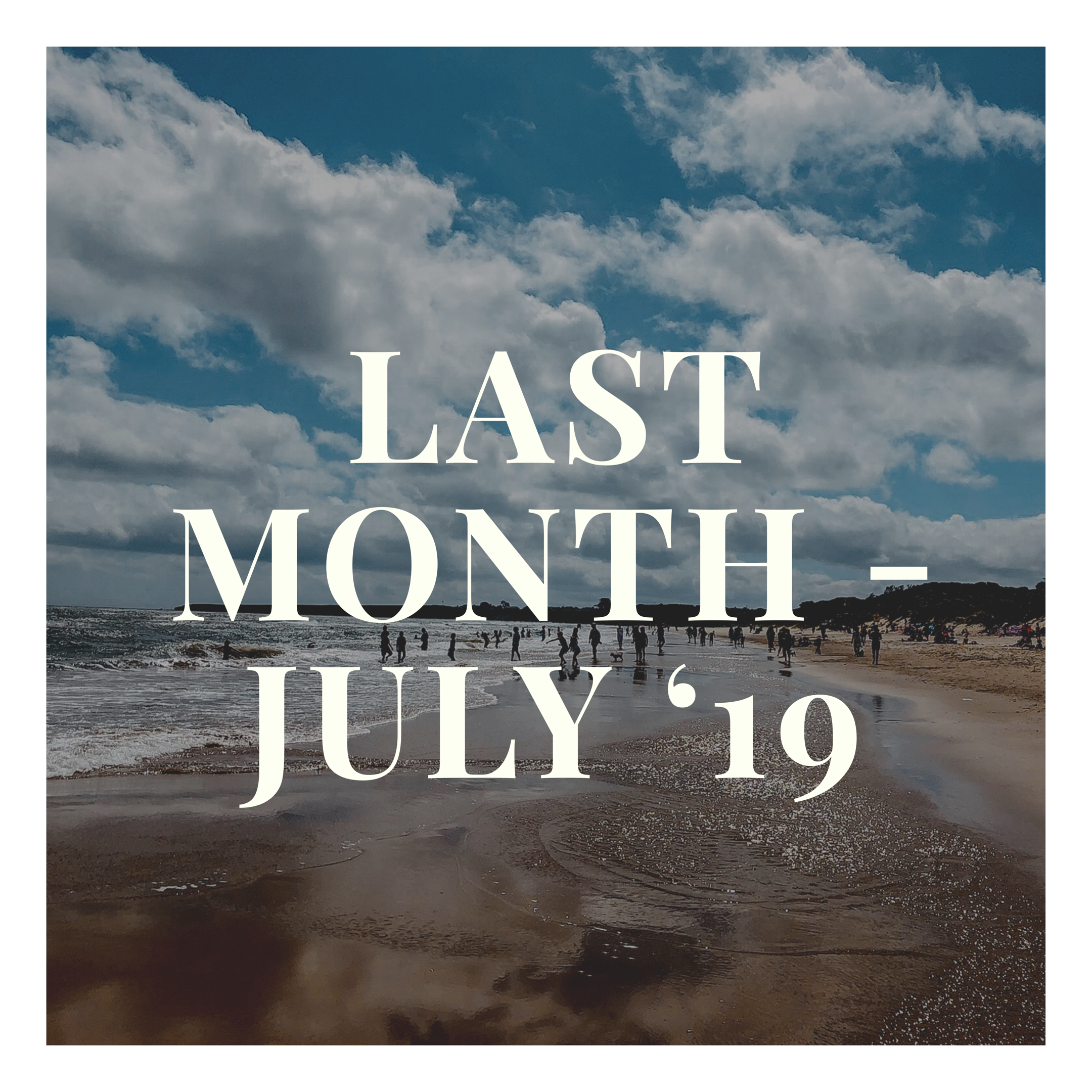 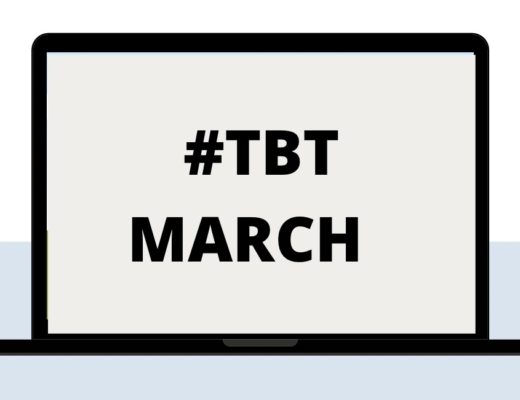 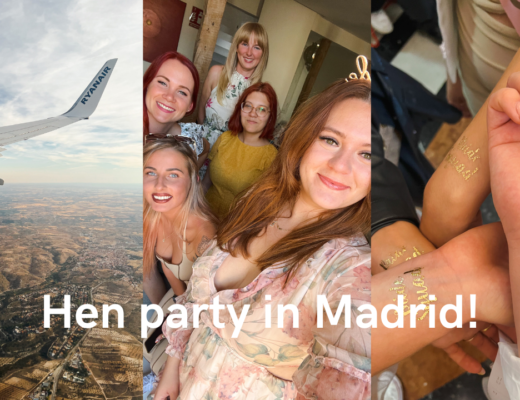 My bachelorette party in Madrid!